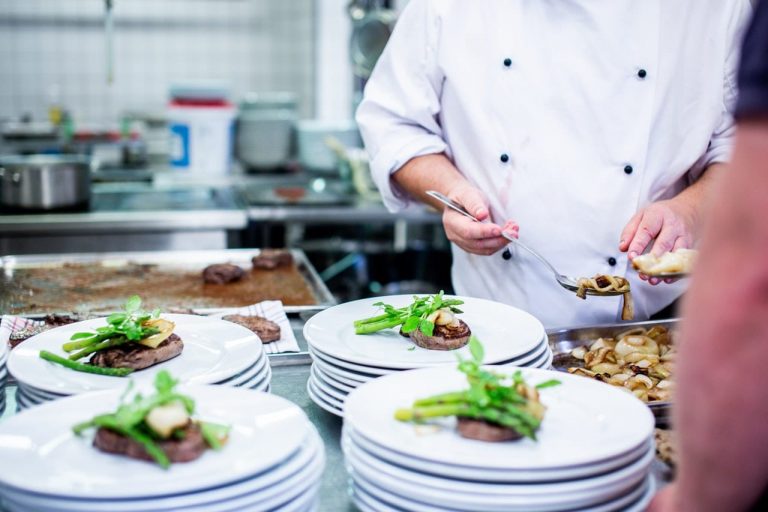 Thomas Godfrey’s journey from budding home cook to famous chef started when he was just 12 years old. Growing up in a tiny town called Dolgellau in North Wales, Thomas took a keen interest in baking and cooking at home, where he enjoyed the process of creating something from nothing, and not knowing what the end result would be.

A self-described “tinkerer”, Thomas has always loved experimenting. It’s this passion for innovation that has led him to a culinary career in kitchens around the world – from an old country hotel in “the middle of nowhere” to Jamie Oliver’s restaurants in Cardiff and Sydney.

Since moving Down Under in 2016, Thomas has built a name for himself as one of the country’s top expat Australian chefs, and now heads up the chef team at The Meat & Wine Co.

We had a chat to Thomas to find out more about his story and the process and inspiration behind his technique.

Hi Thomas, tell us a bit about how your culinary background and how you came to join the team at The Meat & Wine Co.

I started my career in kitchens at 14, when it wasn’t quite so frowned upon for kids to be working in kitchens or just working in general! Like a lot of people, I started off washing pots and pans for pennies and walking away from a week’s work with no more than a few pounds in my pocket.

At about 15, I started learning basic cooking techniques like how to prepare vegetables in an old country hotel in the middle of nowhere. I left school at 16 and started college, and after juggling that for a year I quit – which is really the single decision that led to me taking on a career as a chef for life.

I got my first real job as a chef in a small restaurant where I got up-to-speed with working in the kitchen and started to learn pretty quickly what it was to be a chef. After that, I took a job working as a grill chef in a steakhouse, where I found my love for cooking quality meat.

At 20 or so I started looking for my next challenge, so I applied for a job in Jamie Oliver’s restaurant which has just opened in Cardiff. After a grilling interview from the head chef Gary, I got the job! Here I worked my way up from a chef de partie to head chef over the course of the next six years, learning everything there was to learn about the trade.

Fast forward to 2016 when I moved to Australia and started working for Jamie Oliver Group. Not long after, I worked my way up to head chef and was doing what I love most: training young chefs from apprentices and cooks to their first positions running a kitchen.

For my final year working with the Jamie Oliver Group, I took up the role of senior head chef in Australia, overseeing all food operations across four sites in four states, rolling out two new menus and completely overhauling the core menu to focus on what we did best.

In May this year, I decided I wanted to take on a role where I would have the opportunity to stay creative but spend more time with chefs in the kitchen. After hearing about an opportunity to work for an established and expanding brand, I applied for the role – and that’s how I ended up at The Meat & Wine Co!

What are some of the key lessons you learnt as a young chef?

To be honest, I realised that I had learnt to do a lot of things the wrong way when I was first working. That’s why I tell chefs that there isn’t a job in the world where you won’t learn something. Knowing how you have ended up with a poor plate of food is just as important to a chef as learning the right way.

At Jamie Oliver’s restaurant in Cardiff, my head chef Gary had a Michelin star background working with Gordon Ramsay and Marco Pier White, so he was a fierce leader. I learnt fairly quickly to be inquisitive and to stand close and learn as much as I could. Given his training and the fact we would run daily specials, it gave me the opportunity to learn a lot outside of the normal day-to-day menu.

Where do you find ideas and inspiration for the dishes you create?

From the chefs around me – watching other people work with food is an amazing source of inspiration. There is nothing that hasn’t been done – it’s all about taking something that has already been created and moulding it into something new.

Being in the kitchen around ingredients and other chefs is really the only way I can get into the zone. All of a sudden, a brief outline turns into a full menu once you have some general ideas, direction and ingredients in front of you.

What is your personal ethos when it comes to cooking?

Keep it simple – don’t overcomplicate things. Most quality ingredients can speak for themselves and those that can’t can still scream and shout with simple techniques like slow cooking, braising, roasting or marinating.

There’s a misconception about the number of ingredients or complicated techniques that need to go into producing flavourful food. Basic cookery techniques and a little knowledge will go a long way for anyone cooking at home.

What do you think sets The Meat & Wine Co apart from other restaurants?

Our grillers. We don’t just let anyone cook our meat – every grill has been signed off by our meat masters Lucky and Louis. Each and every griller at The Meat & Wine Co has been through weeks of training and education. This high level of training means every steak in every restaurant is seasoned and cooked to the same world-class standard. 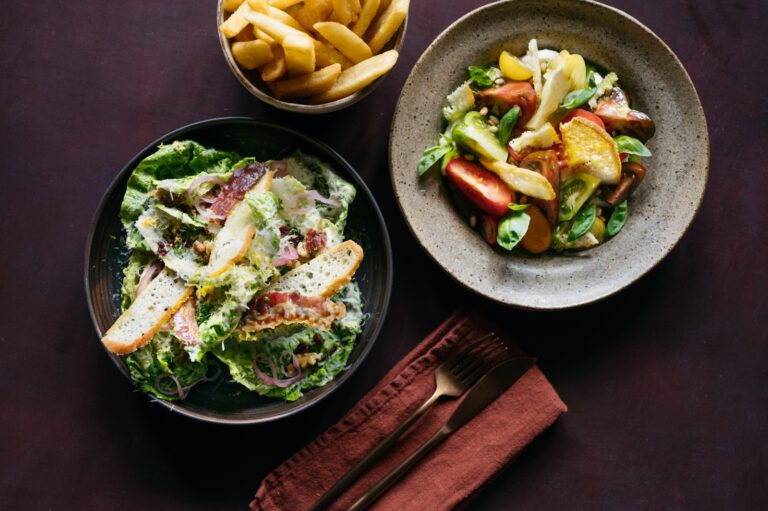 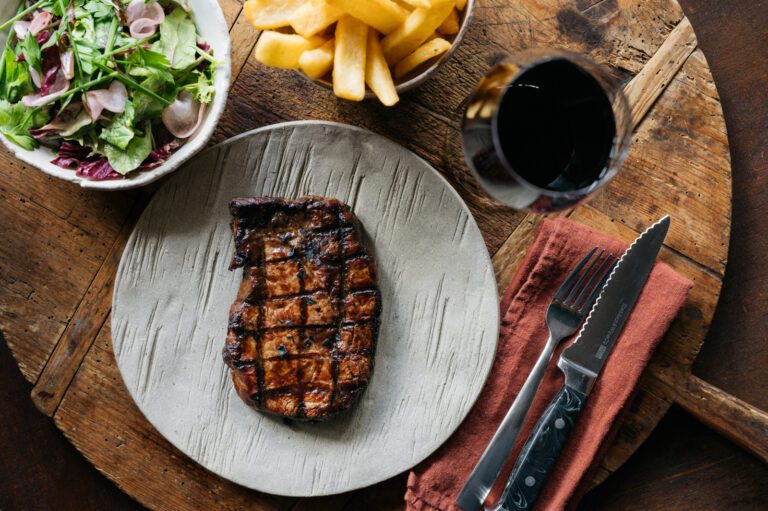