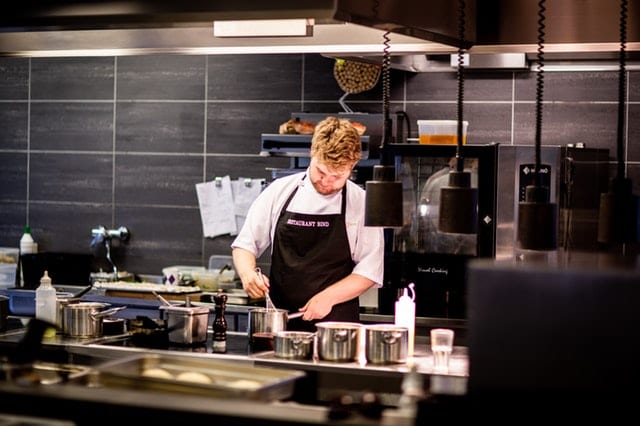 Scroll through any Instagram feed for more than 10 seconds and you’ll quickly realise the platform is a bona fide treasure trove of foodie goodness. Whether you’re looking to get inspired for your own culinary adventures or just appreciate the creativity of some of Australia’s most famous chefs, there’s no shortage of food finery to check out on the ‘gram.

But where to start? Here are our top six picks for celebrity chefs in Australia you should start following, stat.

Winner of MasterChef 2019, Larissa Takchi aka ‘Larry’ smashed the series final with a Szechuan Pavlova finished with a beetroot and blackberry sorbet, beetroot syrup and lemon cream – instantly catapulting her to the position of one of Australia’s top female celebrity chefs. Since filming wrapped up several months ago, the 22-year-old has kept herself busy working part-time at Fred’s in Paddington as well as helping out in the family cafe, The Wild Pear in Dural.

Executive Pastry Chef at Savour School in Melbourne, Paul Kennedy is just as much an artist as he is a chef, crafting amazing culinary creations based on classic French pastry techniques. From irresistibly flaky croissants to impossibly shiny petit fours and gateaux, this is the account to follow if you appreciate beautifully made sweet treats.

Between TV gigs, cookbooks, a widely-watched YouTube channel and acting as an in-demand food columnist, celebrity chef Adam Liaw is a busy man. Thankfully for us foodies, he somehow still finds time to keep his Instagram updated with mouth-watering images of his trademark Asian-inspired and modern Australian recipes. Think handcrafted dumplings, classic Sunday roasts and hearty stews bursting with flavour.

Julia Busuttil Nishimura has earned a devoted legion of fans through her blog, Ostro, and cookbook, Ostro: Pleasure That Comes From Slowing Down and Cooking With Simple Ingredients. As the book’s name suggests, Busuttil Nishimura is all about the joy of slow cooking with a focus on simple ingredients and rich flavours. Her Instagram is a love letter to bread, pasta, meat and sweet treats – aka all the best things in life.

If you’re after an insider’s look at the fair being served up at Australia’s finest restaurants, Automata’s Clayton Wells is here to deliver. His Instagram feed is an enviable diary of his own culinary adventures, as well as a sneak peek of what’s in store for the menu at Automata in Chippendale, such as charred sweet corn and wood ear mushroom pasta; and cheddar and rye tart with preserved quince and rosemary, crème fraiche and sherry caramel.

Sean Hall knows a thing or two about quality beef. He grew up on his grandfather’s cattle farm in Johannesburg, South Africa, where learnt how different beef raising and cooking techniques could impact the flavour of the meat. After completing his chef’s apprenticeship at Langdale Estate in the UK, Hall worked with esteemed chefs like Graham Harrower and Neil Dixon before moving to Australia. Today, he’s the Executive Chef at 6HEAD in The Rocks, where he focuses on sourcing great produce, cooking it in the most basic way with classic techniques, and letting the produce do the talking.